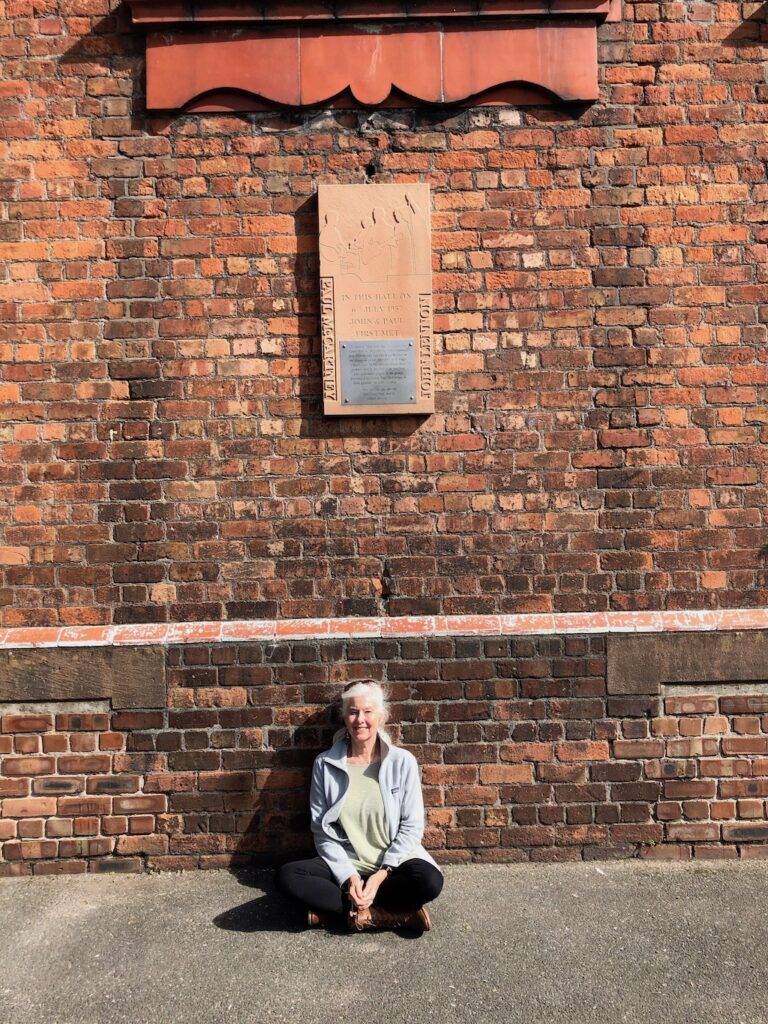 Recently I was asked to write a testimonial for a book about pilgrimage. It’s by James E. Mills, and it’s called Pilgrimage Pathways for the United States. The author contacted me because he had read my most recent book, but what he didn’t know is that I am a major believer in and conjurer of pilgrimage opportunities.

Mills includes many definitions of pilgrimage, but doesn’t narrow it down to one. Personally, I’d say it’s a journey one makes to a place that has special meaning unto itself and, so the journeyer expects, will have meaning also for her.

One important pilgrimage I made was to Greece in 1981. I was writing a novel about Medea (not very good; fortunately never published), and I wanted to visit all the places she and Jason and the Argonauts had spent time in. My guidebook was Pausanius’ Guide to Greece, written in the second century AD. That book actually did work in Greece, where so much of what’s ancient remains.

In 2019 I made a pilgrimage I’d looked forward to for more than fifty years. I went to Liverpool. I spent several hours in the Beatles Museum and the following day took a seven-hour private tour to all the boys’ homes, schools, and hangouts. The photo above is me at St. Peter’s Church, where John’s group, the Quarrymen, was playing for a village fete in 1957. Paul’s friend Ivan Vaughn brought him along especially to meet John. For me going to Liverpool was like going to Lourdes would be to a religious person. It was an opportunity to walk the sidewalks of those individuals, and the four of them collectively, who had changed my life—to see the bricks and trees and shops, the Penny Lane roundabout, and even the drainpipe that teenaged Paul used to shimmy up when he returned home late at night after a gig.

A pilgrimage makes a place real in a new way. You go with intent, but the pilgrimage demands that you leave your intent in the wings and just wait and see what’s going to happen. When you reach a pilgrimage site, you don’t just glance and leave. You gaze. You attend. You listen. You remember and envision.

My organization, Radical Joy for Hard Times, also recommends visits that are a bit like pilgrimages. We urge people to go places they love that have been damaged and spend time there, sharing stories, getting to know the place as it is now, and making a simple gift of beauty for it. This simple practice reminds people that they remain profoundly connected with the places in their lives, even when something drastic has happened to those places. Usually, they leave loving the place in an entirely new way and feeling empowered themselves.

What pilgrimages have you made—or want to make?