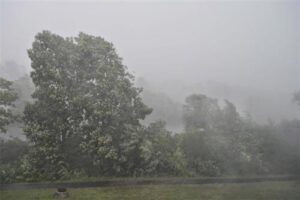 It’s been months since I last wrote this blog. In that time, coronavirus has made us all realize the immediacy of our mortality. In the U.S., we’ve witnessed millions of followers of the President of the United States so convinced that a fair election had been unfair to him that they followed his bidding to storm the Capitol Building and deny the rightful transition of power.

For me, the greatest loss of all has been the death of my husband, Andy Gardner, from cancer on August 12.

What we choose to fight is so tiny!
What fights with us is so great!
If only we would let ourselves be dominated
as things do by some immense storm,
we would become strong too, and not need names.
(Rainer Maria Rilke, “The Man Watching,” trans. Robert Bly)

After my husband’s death, I, too, was beaten back into life by a storm.

Andy and I always used to say that, if the other one died, we wouldn’t want to keep on living. But about a week and a half after he died I realized that I did want to live. Desperately.

I was out mowing the lawn when the sky darkened and the wind began to blow furiously. Leaves and twigs hurled themselves out of the trees to twirl in the air. Since our house is the last one in the village before the countryside opens up, we often lose power in severe storms, and it seemed likely that that could happen in the storm now shaping up. I finished mowing the lawn and had just gone inside when, sure enough, the lights flickered and faded, the old refrigerator gave a last choking gasp, and the house settled into premature silence and darkness. I went upstairs to take a shower before the hot water cooled, and afterwards I went into the bedroom and sat on the bed. Through the windows I could see the rain driving almost horizontally from the west, the wind whipping the tops of the trees back and forth. And suddenly, the violence of the tempest mirrored my own violent anguish so sharply that I felt I must be on the verge of death myself, for I could not possibly live much longer with such pain. It seemed that grief itself was about to extinguish my own life, just as the storm had shut off the power in our house.

I think that at that moment my grief was so intense that I felt it was trying to kill me. And I rebelled! The grief did not diminish after that unexpected rendezvous with my own fierce consciousness, but I did realize that I would survive. And that I would be okay, even while in the midst of the grief. My declaration to the cosmos that I wanted to live gave me the courage to stick with the suffering as much I had to in order to come out on the other side.

Six months have now passed. I still can’t say the grief has abated, but it is less violent now. Less like a storm, more like a drought. Life is filled with amazing teachers. I am grateful to the storm for forcing me to choose life.