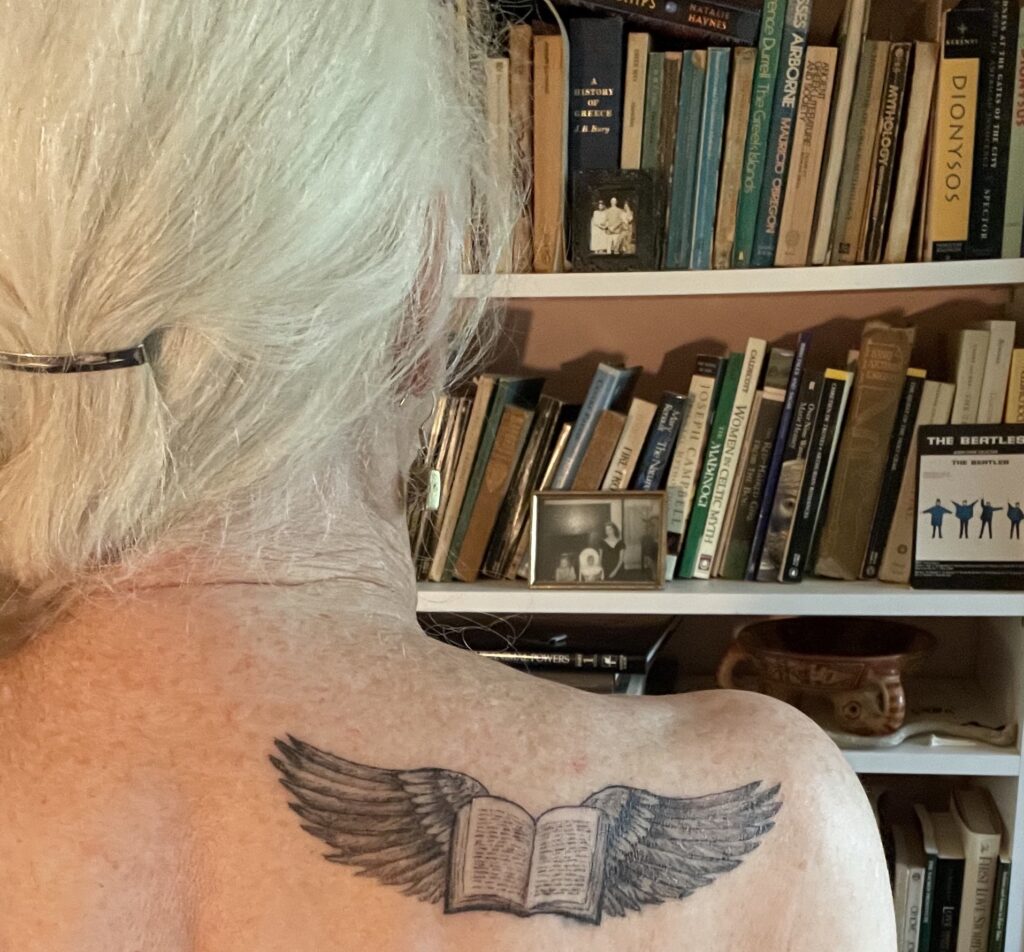 A few years ago a friend asked me, “If you were ever to get a tattoo, what would it be?”

I had never thought of getting a tattoo, but as soon as she posed the question, I knew. “A book with wings,” I said.

And then, a few months ago, I began to realize that I wanted to do it. I know a lot of people with tattoos, but I’d never seen any as beautiful as the ones my friend KiRa has. I contacted her tattoo artist, Phoebe Aceto, and made an appointment.

So I was going to do this thing. I felt compelled to do it. But I really didn’t know why. I was pretty sure it had something to do with reclaiming my body’s new direction in the world two years after Andy’s death. I also felt it was a way of marking my body with a new kind of beauty at this time in my life, at age 74. I make most of my decisions intuitively, rather than logically, but this one continued to feel both very big and very mysterious.

On August 9 I arrived at Phoebe’s small studio, Here’s to You Tattoo. I told her I was nervous, not about the possible pain but about the permanence of a tattoo. She began to work. It wasn’t painful, just a little scratchy. Soon I was paying close attention to the movements of the needle, trying to guess which parts of the image she was drawing.

Mostly we sat in silence. At one point she asked, “I wonder what the story [of the book] might be.”

I had asked myself the same question several times. Now, all of a sudden I knew.

“I think it’s all I’ve ever written and all I ever will write,” I said.

And in the saying I felt close to tears.

My love of books and my wish that my own writing will continue to take wing after I am gone is now a permanent part of my body.