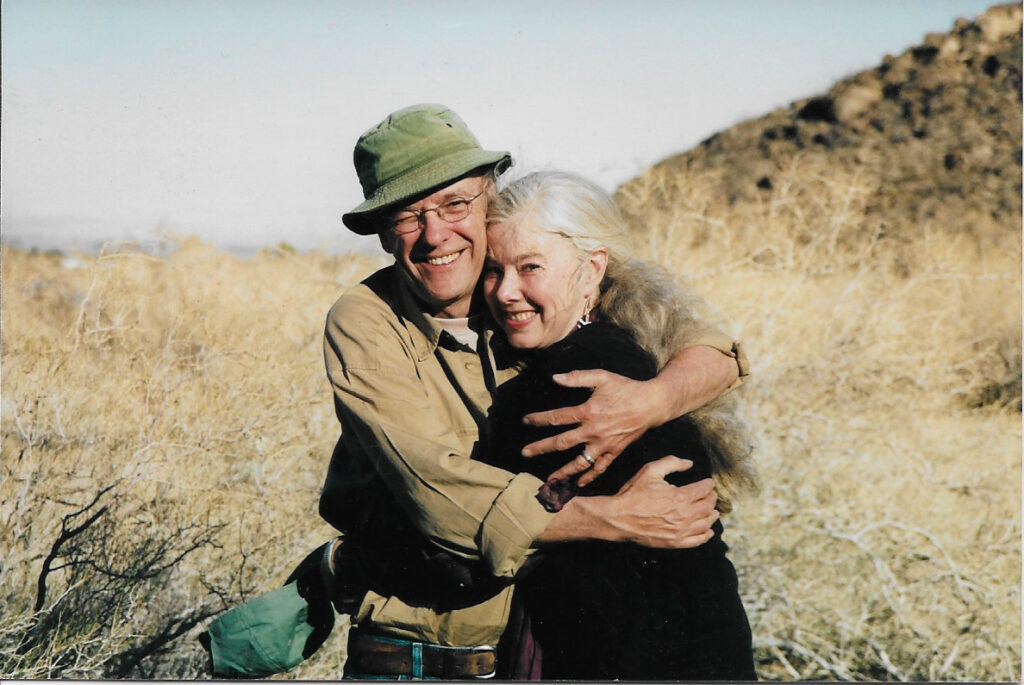 The other day I read that Carl Jung had at first believed that the psyche, the human soul or spirit, exists inside the body, but that he later became convinced that it is actually outside the body. This notion excited me. A relentless spiritual seeker, I’m always looking for ways and practices to penetrate the veil that usually hovers before me and the Great Mystery we can never know but that religions round the world attempt to identify and become closer to.

My psyche gave me a big gift the other day.

Andy’s and my wedding rings were made especially for us by a Navajo (Dineh, as they refer to themselves) silversmith, Thomas Begay, whom I sought out during the years that I was writing about a spiritual and cultural issue affecting the Dineh and Hopi. After Andy died last August, I told the funeral director to cremate him with his ring on. It seemed appropriate that this symbol of our immensely loving union be transformed along with his body. But since I moved to Ithaca, New York in March, my own ring has become very tarnished in the sulphurous water, so last week I took it to a local jeweler who said she could clean it. She had warned that she would have to cut it off first, since I could no longer get it over my knuckle, but that she would then resize it. I assumed that all this would happen at once.

No. The jeweler began by telling me she didn’t like silver, because it tarnishes. She then suggested it wasn’t the water that was darkening it, but sweat from my hands or perfume. She sawed my ring off and then told me I would have to wait six to eight weeks for my finger to plump back up where the ring had compressed it. I was devastated.

I determined not to return to that nasty jeweler. A few days later, I noticed a jeweler at the farmer’s market and asked her if she could resize my ring. She told me she didn’t do soldering and suggested I contact a jeweler named David Huffman in Cortland, New York, about half an hour from Ithaca. I phoned him and he said he could fix my ring, so I brought it to him.

Huffman’s shop is small and a little cluttered, and he was bent over a dissected watch on a small table. Nobody else was in the shop, so we got into a conversation. He told me that many people don’t appreciate how intricate a craft silversmithing is. He described how the designs are incised directly into the silver. I then told him the story of our wedding rings and how they’d been made by a Navajo silversmith named Thomas Begay.

“I know Thomas Begay,” he said.

It turns out that he and Thomas had been among a group of jewelers who had gathered on the Anishinaabe reservation in Canada about thirty years ago to share their work.

He said he would repair my ring in a few days and measured my finger then and there. I walked out of the shop ecstatic.

“What are the chances?” I said to myself over and over as I walked to my car: a jeweler in a small town in New York knows the Dineh man in eastern Arizona who created Andy’s and my wedding rings more than thirty-five years ago!

Tomorrow I will pick up my ring. And I feel that, if Jung is right about the psyche, then that is a part of ourselves that is always seeking to connect us with the great mystery, whether that mystery is intuition, nature, other people, or the force sometimes known as God.

I can’t wait to go back to the jeweler at the farmer’s market and tell her this story.