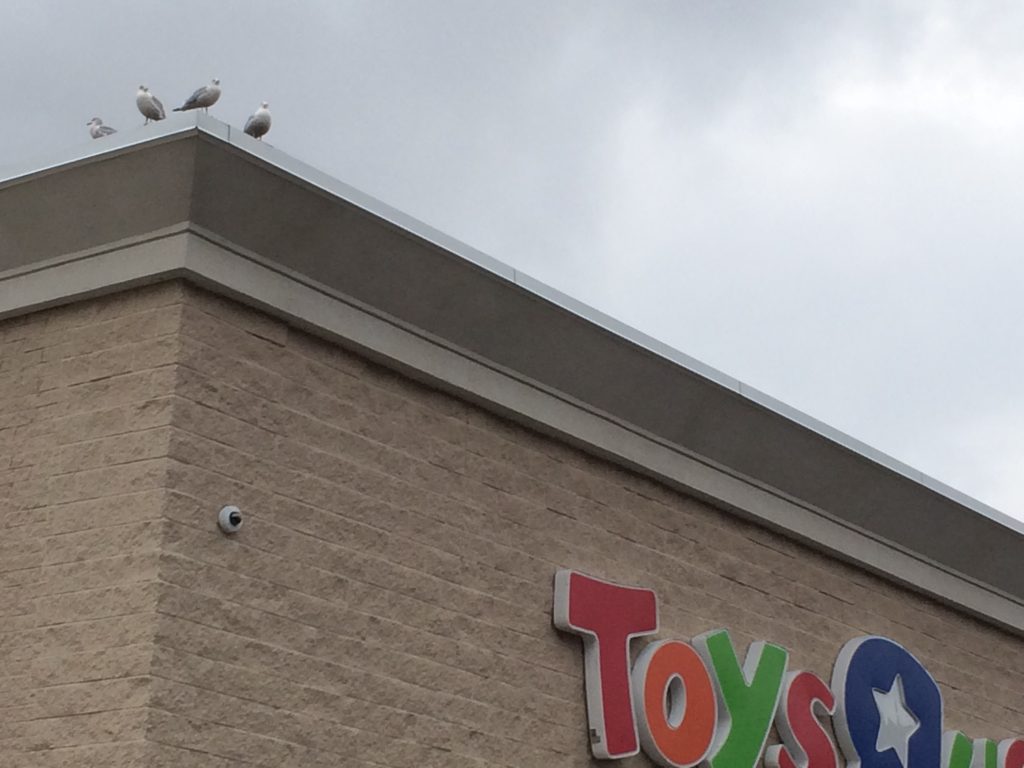 In my book, The World Is a Waiting Lover, I wrote this about allurement:

The earth, out of which all living things arose, is constantly pulling its offspring close through the force of gravity…. We ignore allurement at our peril. If we cannot stand outside ourselves in wild ecstasy (the Latin roots of ecstasy mean to stand outside), we will cower alone in fear. We will demand safety and security over freedom. We will frown upon people who don’t follow convention or who seem to be having too much fun or exhibiting too much sexuality. We will become conservative in crimped, unhealthy ways, preserving what has ceased to serve us, saying no to the naughty, the quirky, the weird. The quite possibly seductive. What we devote our life to, instead of liberating us, will tie us in knots.

Today I was allured by gulls. My husband and I were coming out of Jo-Ann’s Fabric store, located in a small mall near Scranton, Pennsylvania, when about a dozen seagulls started swarming around. Some of them perched on the roofs of cars, others swooped so low we could almost have reached up to touch them. They dove, they rose, they flapped. What were they looking for? We are many, many miles from the sea here. There was no restaurant in this mall, so the birds had no reasonable prospects of food.

Andy and I just stopped and watched them, speculating, amazed. Finally all the gulls flew off except these four, who decided to perch on a corner of the Toys R Us store—graceful, willful beings more fascinating than any of the plastic mimicries of animal life to be found inside.

The gulls were a treat, a distraction, a mystery, an amusement. I don’t have any idea what they had in their individual and collective minds as they explored that parking lot on a gray November day. But I’m glad we stopped to wonder.